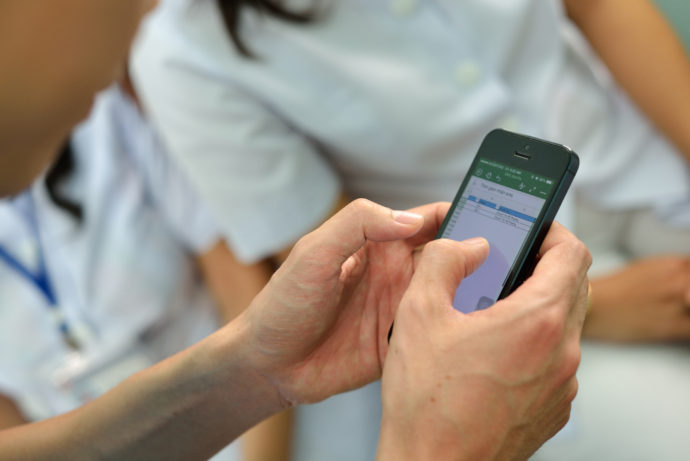 Remain committed to openness. Coordinate with other key initiatives and organizations. Contribute to the body of knowledge that informs future investment. These are just a few of BID’s founding principles, which were manifest last month during a stakeholder meeting in Laos. On May 3, members of PATH’s ImmReg team and the BID Initiative joined a meeting convened by the Ministry of Health (MOH) and National Immunization Program (NIP) of Laos. It brought together key partners working with the government to share, understand, and prioritize the needs of NIP and the MOH regarding the immunization information system. The ImmReg and BID teams shared their lessons learned, challenges and successes with implementing and scaling electronic immunization registries, so that stakeholders and members of the government in Laos, who face similar data challenges, could learn from their experiences.

ImmReg, a digital immunization registry developed and piloted by PATH in collaboration with the country’s National Expanded Immunization Program (NEPI), was shown to improve on-time vaccination coverage. On seeing this success, the Vietnamese MOH requested PATH’s support to grow this idea into the National Immunization Information System (NIIS). All functions of ImmReg were transferred to the NIIS before scale up nationwide in 2017, and about 10 million people have been registered into the NIIS to date. The MOH plans to migrate to a fully paperless system in July 2018 and wants to learn more about the successes and lessons of other countries. The BID Initiative, having registered more than 440,000 children in Tanzania’s Immunization Registry (TImR), and more than 85,000 children in the Zambia Electronic Immunization Registry (ZEIR), was a natural partner in supporting the Laos government with these discussions as well.

Though BID and PATH’s Vietnam office have long been in touch about their experiences, this was the first time colleagues were able to join together and support a country on their next steps. The meeting comes at a pivotal time for both initiatives. The ministries of health in both Tanzania and Zambia are increasingly driving scale-up efforts. In Vietnam, the NIIS is available in approximately 12,000 commune health centers, 700 district health centers, and thousands of hospitals and fee-based facilities across all 63 cities/provinces. The government is now preparing to transition entirely from the decades-old paper-based system to the new digital NIIS.

Under NIIS, children are registered at birth and followed up with via SMS text reminders when they are due for upcoming vaccines. Much like TImR and ZEIR, the system automatically generates immunization reports, which can be accessed in real time. In 2016, PATH-Vietnam began working with partners to develop a public-facing portal, which would allow patients to schedule appointments online and reference their children’s immunization records. According to a 2015 pilot of ImmReg, the intervention has contributed to a 20 percent increase in on-time vaccination for the measles vaccine, oral polio vaccine and Quinvaxem, a 5-in-1 vaccine for diphtheria, tetanus, whooping cough, hepatitis B, and Haemophilus influenzae type b.

As BID scales in Tanzania and Zambia, both PATH-led projects are eager to exchange experiences. BID hopes to learn more about Vietnam’s national scale up and how NIIS is functional across the health system. As Vietnam’s neighboring countries consider rolling out similar systems, PATH’s Vietnam office also has a chance to learn from BID’s sustainability efforts. Both teams are planning an upcoming study visit, which will allow for a more direct learning exchange. This week, a delegation from Vietnam will travel to Tanzania to meet with stakeholders at facility, district, regional, and national levels to experience TImR first-hand. Delegates will see how TImR is being used across the health system, how district data use mentors are implementing interventions to strengthen data quality and use, and will hear from the Government of Tanzania regarding its sustainability and scale up plans, including the process to go paperless.

The study visit presents an exciting opportunity to trade successes, lessons learned, and shared challenges. Follow our blog for more updates on this upcoming study visit.