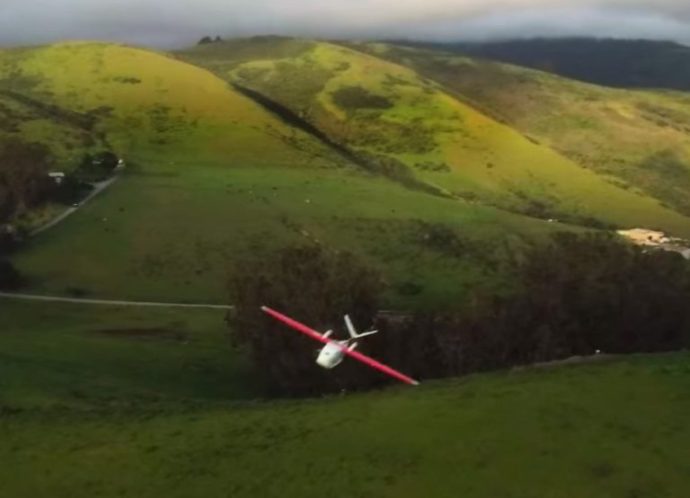 Later this month, the global health community will celebrate World Immunization Week, a chance to acknowledge our progress and spread awareness about the collective action needed to ensure that everyone is protected from vaccine-preventable diseases. Achieving full immunization coverage will require better insight into which children are missing out on lifesaving vaccines. Digital innovations are one possible solution. These technologies and big data can help identify patients that are the hardest to reach, predict the spread of disease, and hone vaccination campaigns.

The following digital innovations are helping to close the immunization gap.

In 2016, Rwanda launched the world’s first national drone delivery service. The program, which employs drones built and operated by a California company called Zipline, is helping to create a far more agile supply chain, by providing, for instance, lifesaving vaccines to the most rural pockets of the country.

“Drones have the potential to revolutionize the way we reach remote communities with emergency medical supplies,” explained Dr. Seth Berkley, CEO of Gavi, which is supporting an international partnership with Zipline and the UPS Foundation. “The hours saved delivering blood products or a vaccine for someone who has been exposed to rabies with this technology could make the difference between life and death.”

The program does not erase the need for broader health system strengthening, as physicians and other skilled personnel are often in short supply in Rwanda, and many patients must travel long distances to reach medical facilities, but early results show promise.

In 2018, Tanzania’s government also began using drones to deliver medical supplies and vaccines to the most remote areas, with an initial fleet of 100 drones and 2,000 flights a day. The government has agreed to pilot the Zipline technology for at least one year. 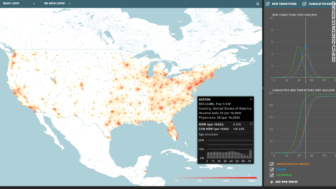 Photo: CNN. A visualization of the modeling.

Social media is providing an unprecedented amount of data and insights into outbreaks and health trends. A team of researchers from Northeastern University, for example, has developed a model for predicting the spread of flu in real-time. Using data from more than 50 million Tweets they were able to predict early flu activity, including the likely number of cases and the accurate localization of these cases anticipated at the virus’s peak. When compared to traditional systems for monitoring, which look at lab tests and doctors’ visits, resulting in a time lag of one to two weeks between diagnosis and when the data is available, the model reliably predicted the spread of the flu six weeks in advance. Coupled with outreach strategies, social media modeling has the potential to improve response time to the flu, develop more targeted campaign strategies, and allow for accurate allocation of resources, including vaccines. According to one systematic review, there are many benefits: “Different from traditional surveys and clinical reports, in which the data collection process is time consuming at costly rates, [online social network] data can be collected almost in real time at a cheaper cost.” OSNs have the potential to provide an almost real time pandemic surveillance system. Research has even demonstrated its effectiveness outside of the U.S. in more than ten different countries. 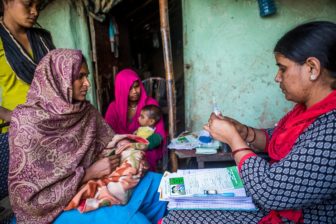 Photo: UNICEF/Vishwanathan. UNICEF India is using a WhatsApp campaign to encourage parents to vaccinate their children.

There are more than 1.5 billion active monthly WhatsApp users, representing 20 percent of the world’s population. The technology is revolutionizing the way health workers communicate with one another and their patients. Within the BID Initiative, WhatsApp has offered a critical platform for nurses to communicate about vaccine stock outs, and an outlet for trading experiences and challenges encountered while adopting the new electronic immunization system. In India, health workers, in partnership with UNICEF and the World Health Organization, are using the messaging platform during a measles-rubella vaccination campaign, to combat the negative anti-vaccination messaging that had previously proliferated on the app. Messaging, which included cartoons and a series of fun GIFs, was translated into several languages for the campaign.