The Role of Data in the Measles Outbreak 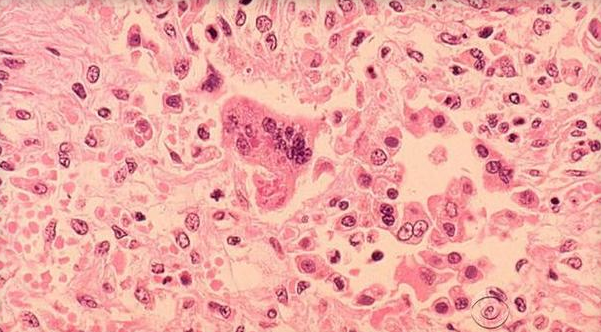 As we have seen with Ebola and now with the measles outbreak in the U.S., an epidemic or outbreak requires a quick response that is highly reliant on good data. From identifying where the outbreak started to contact tracing to help contain the disease, without quality data and the means to make decisions immediately, outbreaks are more likely to spread.

According to an article on CBS News, “there is new-found evidence that links the growing number of [measles] incidences in the U.S. to a sizable measles outbreak that recently occurred in the Philippines. The CDC reports that specimens from 30 California patients are a direct genetic match to the strain of the virus in the Philippines. Both are classified as measles genotype B3.“

In order for health officials to pinpoint this specific strain of the virus, they access a global measles sequence database at the Health Protection Agency in London which tracks genetic sequencing of specimens from outbreaks. Although the origin may be known, patient zero is still unknown since health officials cannot confirm any of the infected patients traveled to or had contact with someone in the Philippines. The only link so far among measles patients is the Disneyland theme park where multiple patrons became infected in the December to January timeframe. With this information, health officials were able to more effectively target people who could have been infected and have been able to reduce the spread of the outbreak.

As long as diseases such as measles are prevalent in the world, no country is safe from infection. In a recent article in The Hill by PATH President and CEO Steve Davis, he commented, “disease knows no borders” and “the current measles outbreak proves once again that the successes we have achieved in the US and abroad will take ongoing effort and commitment to sustain.”

The resources involved to contain and combat an outbreak can cripple health systems and small communities, but the ability to access and use data for these efforts can give us the ability to act faster, more informed, and therefore result in cost savings. An article in The Fiscal Times cites an example with “a 2008 outbreak in San Diego, California, that began with an unvaccinated boy and led to 11 cases, cost $124,517 to contain, according to a 2010 study published in the journal Pediatrics.” Now this happens to be San Diego and large city but what if it wasn’t? And what if the data was poor and the right decisions couldn’t be made? The incidence of disease and the cost would likely increase.

Access to data and the ability to make quick, but well informed evidence-based decisions is crucial for containing outbreaks. We are currently testing interventions in Zambia and implementing solutions in Tanzania that provide health workers with the tools they need to collect and use quality data in an effort to not only improve immunization outcomes, but other health outcomes such as pinpointing potential disease outbreaks to get in front of them before they spread.