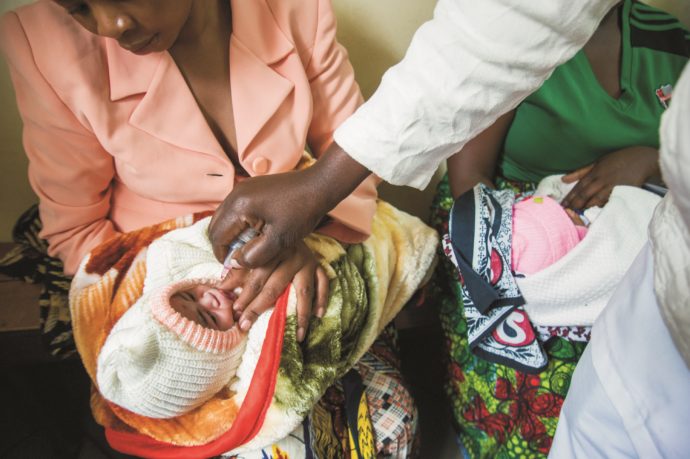 To be truly successful, data quality and use interventions must be scalable and able to be implemented across different settings with different people and partners beyond the BID Initiative. We are pleased to see these partnerships already taking shape with, for instance, the Catholic Medical Mission Board in Zambia’s Western Province, where the country’s electronic immunization registry is now in use in nine health facilities. Most recently, BID has collaborated with John Snow, Inc.’s (JSI) inSupply project to rollout TImR in Dodoma Region.

Dodoma Region is home to Tanzania’s capital and therefore includes several top government institutions, such as the Parliament and the President’s Office, Regional Administration and Local Government. It also draws diplomats from neighboring countries and around the world. As the nexus for so many governmental branches, Dodoma can serve as a role-model region in terms of improvement in health service delivery for the rest of the health sector. Scaling to the region therefore symbolizes the government’s strong commitment to strengthening service delivery through improved data management systems and use, particularly in immunization.

“Many people are migrating in and out of Dodoma now due to an increasing number of government units, and thus they need access to immunization services without losing their previous services, and while maintaining their health records in Dodoma and beyond,” explains John Richard, Implementation Specialist for BID Tanzania. “Therefore we expect the system to be used to ensure children have access to and are provided with the appropriate vaccines.”

The partnership is a natural extension of both BID and JSI’s mission in the country. JSI developed the Vaccine Information Management System (VIMS) that has been integrated with TImR in BID’s three other demonstration regions – Arusha, Tanga, and Kilimanjaro – to make up the Tanzania Electronic Immunization System (EIS). VIMS is being rolled out from the national down to the district level, and TImR interfaces with VIMS at the district and facility levels, providing end-to-end visibility into the vaccine supply chain. BID and JSI sought to test the two successful approaches in Dodoma.

JSI already has several other existing projects in place in Dodoma, including the Maternal and Child Survival Program, and AIDSFree, among others. BID will support JSI by providing them with an implementation team, technical assistance and necessary training manuals and guides.

Last month, BID staff facilitated a workshop in Dodoma, alongside JSI and the government, to introduce and train the region’s IMPACT teams, a model JSI is implementing in which mentors are trained on structured processes for data use, and provided tools for continuous improvement. These mentors then returned to their eight respective districts to train facility-level health workers on the new interventions. They are providing ongoing support to their facilities as health workers increasingly familiarize themselves with the system.

Throughout the meeting, participants learned about the workflow of nurses at a facility level, took part in role-playing exercises, and heard from District Data Use Mentors in other regions, who have already mastered TImR, including Tanga’s Regional Immunization and Vaccine Officer, Korogwe D.C.’s District Immunization and Vaccine Officer, and a health worker from Pangani District.

It’s a remarkable milestone. When the Tanzania team looks back at BID’s founding principles, it’s reminded of the very first pillar – apply a coordinated approach by collaborating with other key initiatives and organizations to strengthen national immunization systems.

“We have not only contributed to knowledge around a holistic approach to improving data management systems and data use, but are also attracting other countries and partners to see what we’ve done and adopt our approaches, based on what we have learned in these respective areas,” says Hosea Michael, an Implementation Coordinator for BID Tanzania. “This shows that what we are doing is adoptable, addresses key immunization challenges, and is a catalyst for others.”

JSI expects to deploy TImR and data use interventions in 349 health facilities by mid-May.

“When there are many [partners], it ensures coverage to other regions…and finally to the whole country,” says John. “Whether it is us, or others partners implementing the system and data use interventions, we lay a pathway for the success of the BID Initiative.”