How Can Digital Behavior Correlate to Disease Risk? 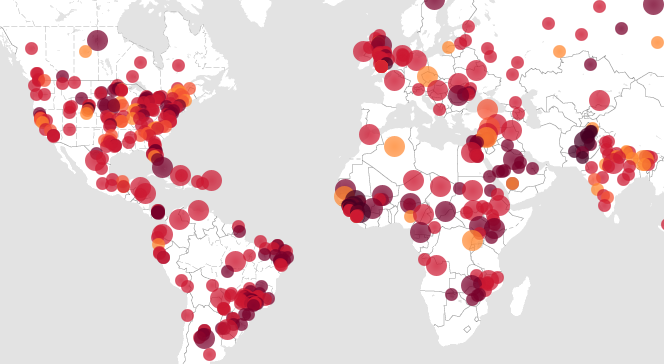 In a recent article on Reuters, a new study suggests “Internet search data might someday help estimate the prevalence of non-communicable diseases like stroke, heart disease or cancer.”  Using search terms from Google Trends, the authors of the study uncovered a strong correlation with CDC’s measured estimates of disease risk from population data. Can digital behavior also predict disease outbreaks or epidemics? And armed with this type of data, will this allow for faster, real-time responses, saving countless lives?

Our previous post cited an article on Foreign Policy wherein the first mentions of Ebola were found by Harvard’s HealthMap service nine days before the World Health Organization (WHO) formally announced the epidemic.  This was possible because health workers in Guinea blogged about their work detailing the Ebola-like symptoms which were picked up on social media. However, it was later determined the Guinean government had already announced the outbreak (in French) and notified WHO. An ongoing issue with mining big data is translating other languages since most services mine English language mentions. If this were not a barrier, maybe HealthMap would have been the first to pick up on the outbreak and equipped with this information, possibly impacted the response time.

Researchers have also looked into mobile phone data as a possible tool for tracking disease risk according to an article in The Economist. The call data record (CDR) provides the location of the call and can provide insight into patterns where people are fleeing to or moving to in response to a disease outbreak. The article states:

Researchers have used [CDRs] to map malaria outbreaks in Kenya and Namibia and to monitor the public response to government health warnings during Mexico’s swine-flu epidemic in 2009. Models of population movements during a cholera outbreak in Haiti following the earthquake in 2010 used CDRs and provided the best estimates of where aid was most needed.

When faced with limited resources, this insight is crucial. According to the article, using this method for the Ebola outbreak may not be as easy since most people in the affected region do not own a phone and the issue of privacy is a frequent barrier. The article further states that access to CDRs should be available to approved researchers and although this tool alone will not quell an outbreak, when used in combination with other interventions on the ground, could make a profound impact on response times.

Identifying trends in data online and on the ground is critical to controlling disease outbreaks and improving health services, overall. Faster response times and the ability to deploy resources efficiently can mean all the difference in the disease risk and lives saved. Have you used online trends or digital behaviors to positively impact health outcomes?