From Malaria to Immunization Data 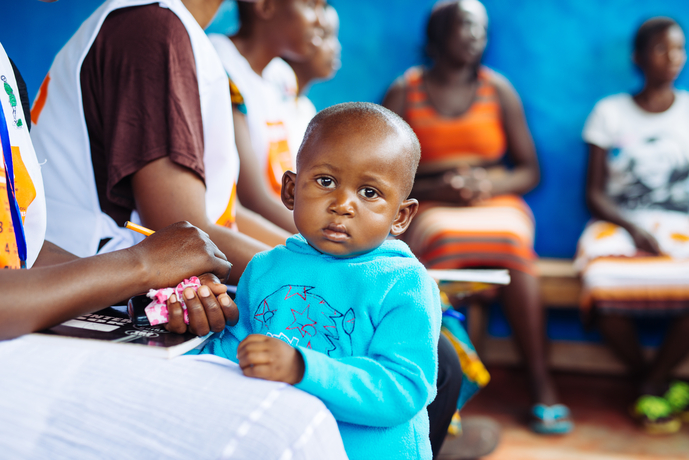 I’ve worked in the field of malaria for close to 20 years in sub-Saharan Africa, which experiences a high burden. My choice of career was based on my personal encounter with malaria and the reality of its devastating effects on society in a developing economy. In 1981, when I was temping with a hospital, a lady with a baby on her back walked into the Outpatient Department. She wanted her baby checked because she was ill and getting worse.

The doctor on duty examined the child and requested an urgent blood slide (no Rapid Diagnostic Tests in those days!). The sample was collected and prioritized for testing and the result was out within 20 minutes. When the technician saw the density of parasites on the slide, he literally ran to deliver the result directly to the doctor on duty, only to be told that the child had already died.

This child’s death really upset me because it seemed so unnecessary. I learned that the mother had delayed bringing the child to the hospital because her husband had been away and she was waiting for him to give her permission and the money she required to travel to the hospital, as they lived out of town. To me this was sad. First, because the requisite money to travel to the facility was less than a dollar and second, I felt the health system had failed that child – why was there no health post or some form of community service that this child could have accessed nearer to where they lived? Why was there no help available to this mother? Where was social services? Up to this point, malaria was just another disease, but the death of this child really affected me and started a desire in me to join the battle against it.

As we approach World Malaria Day, I salute the many men and women who have dedicated their careers to malaria control and elimination. However, let us not become complacent or indeed forget that children in particular are not only vulnerable to malaria but other diseases as well, and some of these we can prevent through vaccination. Let us not save a child from malaria only for it to die from a preventable disease such whooping cough or measles! So as we commemorate World Malaria Day let us keep in mind World Immunization Week (24-30 April 2015) and work together to close the immunization gap. Our children are our future and the legacy we leave behind.

I left malaria work in 2014 to join the Better Immunization Data Initiative– the goal still remains the same: let us do all we can to make our health systems as effective as possible to save our children. This goal cannot be achieved without health information systems that deliver timely, high quality, usable data that can be used to make evidence-based decisions, resulting in more effective and efficient delivery of health care services and ultimately result in better health outcomes.