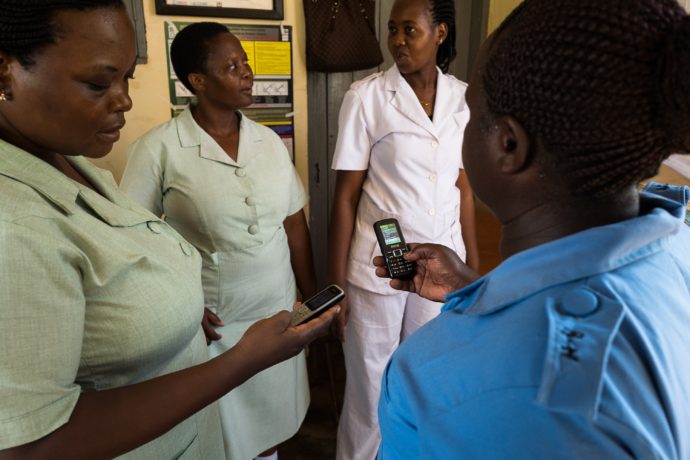 This milestone is also evidence of the BID Initiative’s philosophy of adaptive management, or our ability to create iterative, not definitive, approaches to addressing data management challenges in order to address the complex and evolving health landscape. Our learnings from Arusha were immediately applied back to Tanga. As a result, we:

Our learnings from Arusha helped us complete Tanga in just under two months, saving us time and resources. Though it’s still in the early stages, health workers in the region are already noticing the value of these interventions, especially around the ability to determine true defaulters, efficiently track and update children’s vaccine histories, and act upon the data available to them.

“All you need to do to get a child’s immunization schedule, is to enter the date of birth,” explained Jamila Kanyali, a health worker at Kilulu Dispensary in Muheza District. “Searching is also very easy when you need to update a record. I look forward to work every day for this.”

Soon we’ll begin rollout to 306 facilities in our third region, Kilimanjaro. Each new region ensures that the interventions are applicable and adaptable to different contexts, a critical component to developing and packaging solutions that are scalable and sustainable. For more updates on our progress, subscribe to our blog and follow us on Twitter and Facebook.